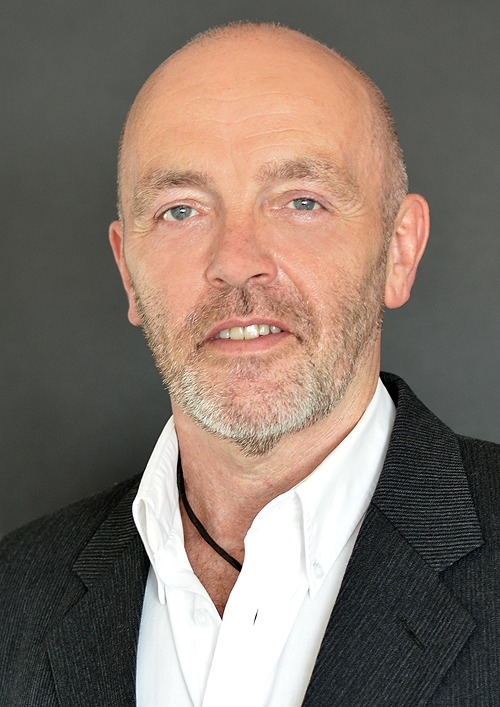 I was born in Thorpe Maternity Hospital, County Durham and was raised as the middle of three brothers in a colliery village called Murton (where incidentally, we had an olympic-sized swimming pool which was run by the NCB – many, many happy summers were spent there). Although not from a professional music family (my father was a miner and my mother had various jobs, including working in a bakery, a shop, doing a milk round and running a pub), I was encouraged, initially with piano lessons, by my parents, to develop an interest in music.

My music teacher in secondary school was inspirational and I also learned percussion and trumpet as a result.

Though always hankering for a career on the stage (I was a member of the local Amateur Operatic Society), I diverted and went to Liverpool University to do a Music Degree. This was an academic-weighted course, involving style and free composition as well has having to present a dissertation; my chosen subject was The Brecht/Weill collaborations of the 1920s. That, plus my time playing the organ in the Working Men’s Clubs in the North-east, proved to be a valuable training ground for my ultimate career.

After graduating, I took the plunge and moved to London where I spent four years as a post-graduate at the Royal College of Music and afterwards began to eke out a living as a singer and piano teacher, amongst other things. ‘Other things’ included TV extra work, lecturing in opera appreciation, conducting a choir and session singing.

My Purcell Room debut was in December 1999, singing Janáček’s Zápisník Zmizelého (‘The diary of one who disappeared’) for which I made a special study of the Czech language. 2004 saw my Queen Elizabeth Hall debut with Rossini’s Ermione in which I sang the role of Pirro (Chelsea Opera Group). The following year, I sang my first principal roles at the Royal Opera House, Covent Garden (Dom Antonio and 1st inquisitor) in a concert performance of Donizetti’s Dom Sébastien. I returned to sing Gherardo in Gianni Schicchi in 2009.

In the meantime, from 2002, I’ve been understudying major roles at English National Opera, including Gregor Makropulos Case, Hermann Queen of Spades, Walter The Passenger, Lazarus The Gospel according to the other Mary, Herod Salome and more. My current operatic repertoire can be found here.

As well as opera, I’m very active on the oratorio front and I return to choral societies all over the UK; I’ve sung the Verdi Requiem more than 30 times and a particular favourite is The Dream of Gerontius. My current oratorio repertoire can be found here.

Recital work plays a large part of my career and I sing music from Schubert to Strauss, Fauré to Duparc as well as songs by British, Russian and Czech composers, including having had the privilege of composers writing songs and song cycles for me. In 2013, with the pianist Joan Taylor, I took a recital programme of Czech song cycles and English songs to Domažlice in the Czech republic; I was the first non-Czech resident to perform there.

Broadly speaking, after a period of singing character roles in my early career, then specialising in high bel canto music for a number of years, my voice developed into that of a dramatic tenor as you will see from my current operatic repertoire list here. Although it’s somewhat frowned upon by the fach system, I do on occasion revisit Mozart, Bellini and Donizetti in order to keep my voice flexible and agile.

I have a passion for languages, and I speak and sing in Italian, French, German, Czech, Russian (in order of competence) and of course English. I reserve my Greek for holidays!

My hobbies, which are very much a part of me, include home workouts and cycling. This affords me valuable ‘me’ time. Incidentally, after 28 years as I motorcyclist, I decided it was time to move on and sell it. It’s now in the safe hands of my younger brother